Skip to content
February 9, 2013February 12, 2013 davidandjamie67
It was an unusually hot, late, fall day in 1998.  I was very pregnant with my sixth child, my daughter Phoebe.  I was taking a day trip with the kiddos from Richmond, VA to visit my parents in Yorktown.  Starting our slightly-over-an- hour journey, we decided to swing through the McDonald’s drive-thru for lunch.
Our van, fondly referred to as The Silver Bullet over the years, was brand new to our family.  It was a silver oversized van that carried eight passengers and plenty of cargo space for our sleek, soft, red-toned, beautiful Golden Retriever, Maggie.  We eventually converted the cargo space with an extra bench to accommodate our growing family.  And yes, before any of you get the idea we just threw a church pew or baseball bench in the backseat, it was a real seat-belt-secured bench for three.
The line at McDonalds took F-O-R-E-V-E-R.  Trying to be cautious with our new van and not wanting to believe it was really so hot so late in the year, I did not have the air conditioner turned on in the van.  My denial of the heat (because I was starting to get uncomfortably hot) led me to be a tad verbally overly aggressive with the poor window attendant who wanted me to move forward because my food was not quite ready.  I say poor because his eyes grew as big as pancakes when he had to figure out what to do with a nine-month pregnant woman, her five children, their dog and the big Silver Bullet she was refusing to move.  “I will not move my van forward.  I have sat in this line for over 15 minutes and it is my turn now.  I want my food!  It is not the car behind me’s turn; it is my turn.  They can’t go first.  I want my turn and my food!”  I guess by now you all realize whether it was the heat, the pregnancy, hunger pains, or life, I was slightly deranged at this point.

Standing my ground like I was drawing a charge against the window attendant in a high stakes basketball game, I did not move.  Finally, food in hand, out of the parking lot we sped onto the local interstate system to really begin our journey.  Driving down the highway, I was glancing in the rearview mirror to referee whose fries belonged where, coaching the opening of ketchup packets and declaring for the umpteenth time, “No Happy Meal toys will be opened until all food is gone!”

Finally, I decided to turn on the air conditioning.  It could have been the sweat pouring off my head, the facial tic I was developing or the inability to think clearly that brought me to this decision, but I was finally resolved to be a Peppermint Patty commercial and “feel the cool breeze blowing through my hair.”  My children were happily chatting, eating plastic to open their toys,  and basically at such a decibel level that having a tour bus hand-held microphone would have really helped about now.

Since I was still unfamiliar with the van and its features, I thought I needed a little assistance.  “Mommy just turned on the air,” I said.  “It doesn’t seem to be getting cool.  Can someone put their hand in the air and see if it is coming out?” I asked my little cherubs.

Assuming they couldn’t hear me and since my heat-induced derangement had not yet influenced how I was speaking to the children, I asked again, “Would someone please put their hand in the air and see if it is coming out or if the air is cool?” My third plea, as I felt at this point I was driving in a hot, dry desert instead of beautiful tree-lined Virginia, “Please, please,” I begged. “Someone help Mommy and tell me if the air is on!”

There was simply no response.

With the volume of an NBA basketball coach contesting a bad call, and with equal vigor, I shouted, “I said, ‘Put your hands in the  #**%^+##%  air and tell me if it feels cold!’”

Like they were the half-time act for the game and without missing a beat, five pairs of arms attached to bodies with bulging eyes shot straight into the air.  My eyes also popped out of my head at the horror of the words I had just shrieked at my children.

And then, I heard it.  The low, sweet giggle coming from my three-year-old, Lilly.  She exclaimed, with the joy of someone riding Busch Gardens’ The Loch Ness Monster, “Wee, Mommy, wee, it is just like we are riding a roller coaster!”

Thankfully, our van erupted in boisterous laughter and we traveled down the highway with ten hands in the air, moving back and forth while they felt the cool breeze as they took a ride on The Silver Bullet. 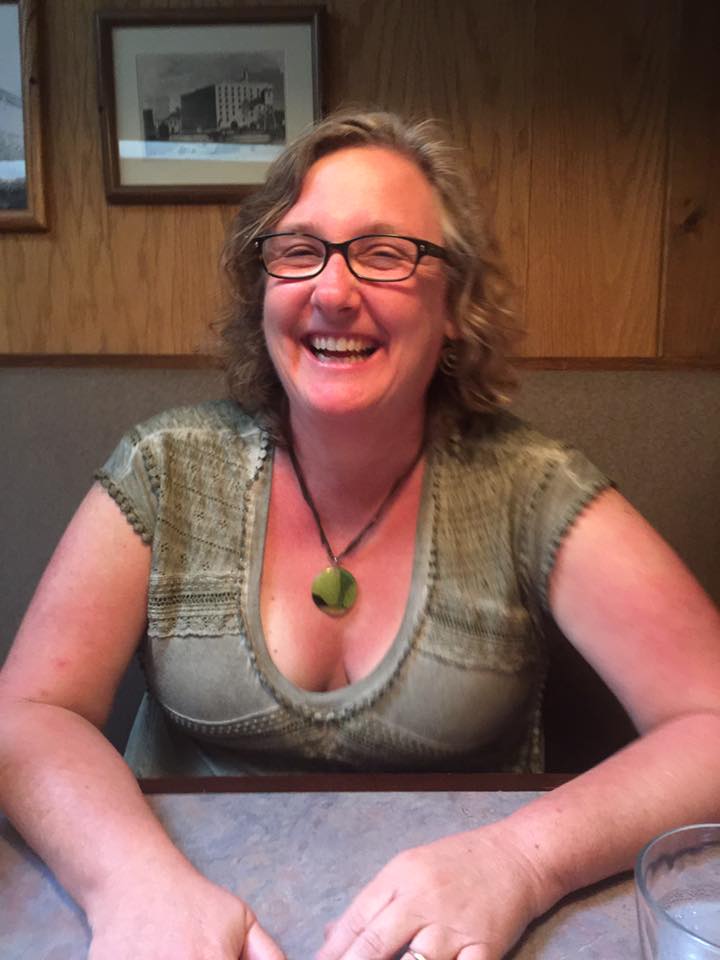